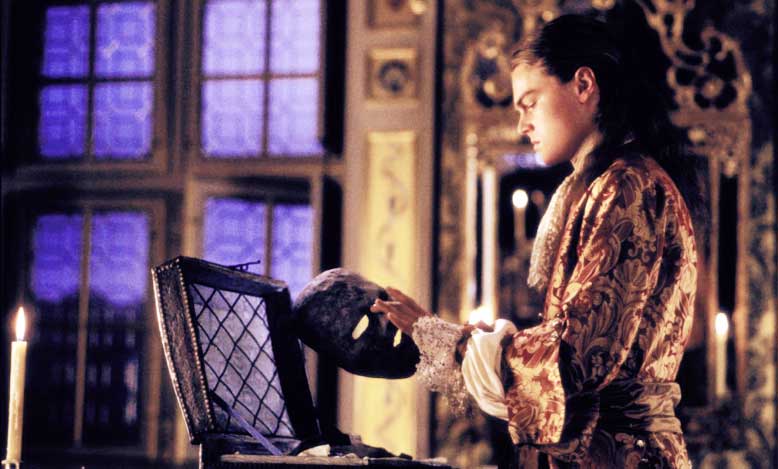 Louis lives a life of hedonism and living in the moment, taking advantage of opportunities as he sees them—the instant he lays eyes on Christine, he manipulates the situation around him so that he can possess her, challenging his friends to chase after a pig and then turning on the fountains to trap her into going the way he wants her to, where he can waylay and seduce her. He tends to react momentarily, such as arguing that the people of Paris have no right to complain about starving and order them to “quickly” distribute rotten food that they decided not to send the army, before it spoils completely – then he turns around and blames one of his advisors for it when d’Artangan confronts him and orders him executed. He is forever throwing balls, seducing women (and then walking out of the room, bored with them), and quick-tempered. Louis has a margin of respect for those nearest and dearest to his heart and can be unnerved or persuaded out of bad behavior by D’Artangan, but also orders rioters shot and tells his men to kill the Four Musketeers. He refuses to kill his brother on the grounds of his royal blood (an emotional decision) but tells him he will go back to prison and into the mask he hates, to conceal his identity. Louis can be soft to attract women, asking Christine to love him for himself alone and not just his crown, but also shifts into tert-Te blutness whenever he is under pressure. He screams that all his men are cowards, assures Christine that SHE will burn in hell, not him, for what they have done (“because I am a king… ordained by God!” and to D’Artangan, “I am a young king, but I am king”). Louis quickly tells his generals how to better employ battle tactics, and uses the war to get rid of Raoul (his competition for Christine). He shows almost no futuristic thinking and is unaware that his trusted advisor and confessor, Aramis, is working against him among the Jesuit order.

Louis is a deeply unhealthy hedonist, and nothing is ever his fault. As long as he has cake, it doesn’t matter if the peasants starve. They are rioting and upset in the streets of Paris, and he throws a masked ball to entertain himself with, and cheer himself up with after a fight with his mistress. He’s a master at arguing and rationalizing away his decisions, insisting on seeing himself in a better light – or at least, not being held responsible for his wicked behavior (he isn’t going to hell for this, never! Being a king makes it all right!). He pursues pleasure wherever he can find it, and takes whatever he wants, then becomes angry at D’Artangan’s efforts to make him into a “good man.” His 8 wing is aggressive and angry, reacting violently when provoked and coming down hard on anyone who dares disobey him. He orders people shot for being riotous, and threatens his oldest protector and guardian that either he brings the traitor’s heads to him, or he will cut off his head!

This character was typed for a reader, per their paid request.