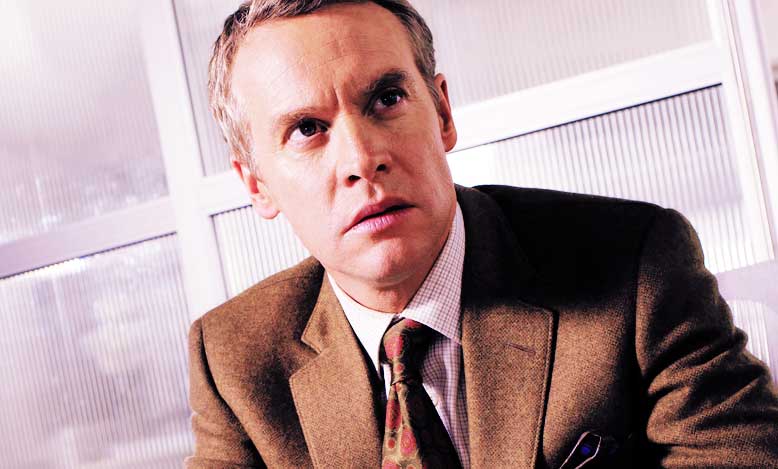 Tom is warm and approachable, easily able to put clients at ease, and good at figuring out ways to keep everyone in the office happy. He takes Ellen under his wing right away, and makes suggestions to her that clue her in as to her boss’ true motives, based on what he knows about Patty (Si), and picks up on Patty’s tone of voice and mood (“You should fire her; Patty wants you to”.). Tom doesn’t like working from the shadows, and takes his being “fired” badly, with an emotional outburst. He is only happy when he feels Patty sees him as an equal, although her cutting remarks hurt his feelings. His ability to retain, process and seek out details makes him an excellent lawyer. Patty entrusts him with most of their higher-level documents, even Ellen’s when she first arrives (“Read it over and fix it, if it’s salvageable”.). Tom enjoys a quiet home life, and is upset when a bad business decision (he is duped by a money scheme) threatens their lifestyle. Tom is loyal to Patty, and refuses to turn against her, even when it would be more advantageous for him to do so (his trust in her, and their long association together, contributes to his faithfulness). He tends to focus on the present, but he is also capable of keeping the larger picture in mind, and making sacrifices for the greater cause. Tom is full of ideas, and eager to share them. He brainstorms with Ellen, and confides in her quite often. He entertains the idea of running his own firm, but goes back to a more comfortable and familiar environment (Si). Tom is not as quick to trust his gut, even though he senses something is amiss when the FBI tries to catch him in a payoff. Under pressure, he becomes critical and analytical, but most of the time, Tom operates on what he believes is logical and oriented towards the situation. He is not quick to question his loyalties, although he will consider them if others point them out to him. He is swifter to tell the truth to Patty than Ellen is, because he wants to get it out of the way.

Tom is loyal almost to a fault—he willingly does whatever Patty tells him at times, always questioning her intentions and prodding at her, to find out whose side she is on and what she has planned, but never wanting to expose himself to risk, ridicule, or push her over the deep end. He is cautious and somewhat insecure; Patty tells him to his face that he is “second chair” material as a lawyer, never going to be “the boss,” and although he’s angry about that, Tom … accepts it, because it’s better to work under Patty than get on her bad side. He has a warm nature, inclined to help others and work for their greater benefit, but also feels somewhat distrustful of people and suspects them at times of the worst. He angles for a pay raise and a promotion, rather than work with a competing firm against Patty, and has a far more amenable nature than hers in the courtroom, which wins clients over to their side.