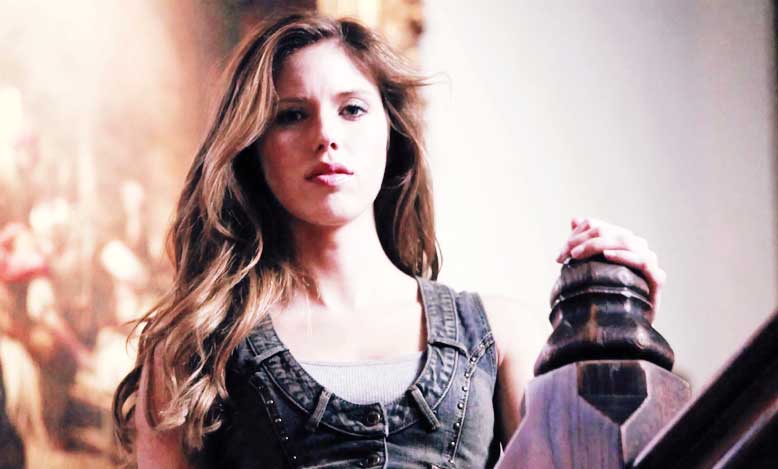 Vicki has no major goals for her life other than having fun; she believes in living each moment to the fullest, taking advantage of whatever life offers her… including alcohol, drugs, and casual sex wherever she finds it. Most of her decisions are based on her feelings in the moment (her break-ups, hook-ups, drug addiction, etc). Vicki likes to have fun and get others to open up and have fun too; though she doesn’t appear to take life too seriously, she easily adapts to her newfound abilities as a vampire and has no trouble adapting to new environments and people.Her emotions ride under the surface and come out whenever she feels slighted, used, abandoned, or someone is ashamed of her behavior. Vicki is a passionate individual, and is devoted to pursuing what she wants… even, at times, if it isn’t what is best for her. She prioritizes the people and things she cares about in life, which means she is willing to sacrifice Elena and her friends in order to come back and cross over as a ghost. Her bond with Jeremy is a strong one, formed primarily through actions (sex and spending time together) rather than words. She manages to show up to work on time, and has no problem explaining her motivations whenever she needs to defend her actions. Vicki isn’t very good at organizing her time, nor being responsible, and she never thinks through the consequences of her decisions. But her “no” means “no,” and she is unwilling to compromise on the things she feels strongest about; she tends to show her emotions through action more than words. Everyone assumes Vicki is superficial, but she has deep concerns about her future and the significance of her existence. Unfortunately, Damon exploits this and her journey is cut short before she can mature enough to begin to visualize a better life for herself.

Vicky is actually somewhat annoyed by Jeremy, because he wants to “get to know me, and get into my soul,” and she sees that as intrusive. She sees their relationship as just a bit of fun, and doesn’t like him pushing her to be more serious about herself, to think more about what she wants rather than pandering to Tyler, etc. Vicky is self-conscious and aware of how she’s coming across, but also avoidant of trouble. She is wasting her life getting ‘wasted’ in the cemetery, drinking, and sleeping around, rather than settling into a lifestyle that can sustain her in the long term. She makes a lot of messes that Matt then must clean up. To avoid her pain, she hooks up with various people, before she winds up vampire food. But there’s always a persistent strain of fear under her interactions with Damon and other vampires. She’s aware of them, scared of them, and doesn’t want to die by them.