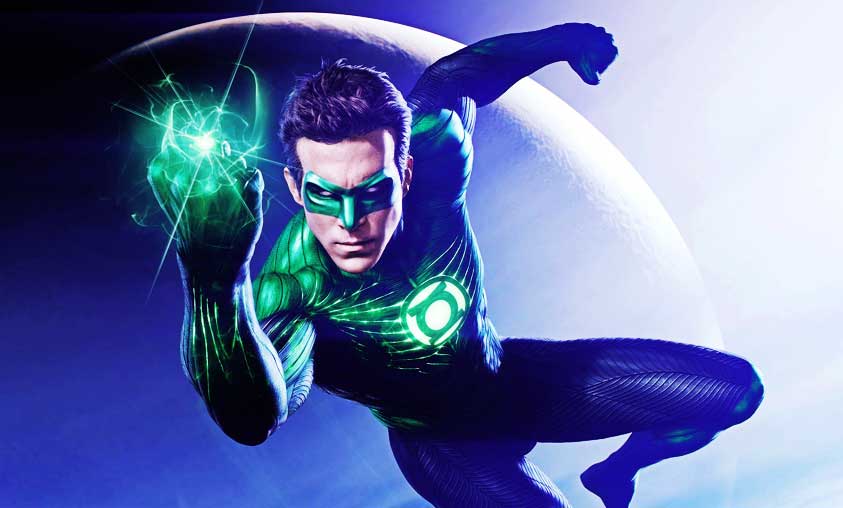 Hal has been living the life of a reckless, irresponsible pilot when the Green Lantern ring “chooses” him to carry astonishing power in the fight against evil entities. He has filled his time with one night stands, reckless driving, and reckless piloting. One stunt in which he tested a fighter to its limits saw him destroy the jet and almost get killed (he managed to eject himself out in time). Carol says that since they “flew” together (slept together once), he has taken “anybody who wanted to for a ride.” The minute he sees a downed aircraft, he rushes over to rescue the pilot—though taken aback to discover it’s an alien, he saved him from drowning and buried his body on the beach because it felt wrong to just leave him there. Hal is reactive in combat, but also highly adaptable; it takes him no time whatsoever to learn how to fly, but he struggles with the concept of creating defense weapons purely from his imagination and defaults to whatever he’s familiar with that he’s seen around him—including an enormous racetrack, swords, fighter jets,  chainsaws, catapults, and other weapons. When attempting to convince a villain to release the woman he loves without killing her, Hal tries to communicate that he knows how he feels, he has experienced similar emotions, and also tasted fear. He’s still struggling to overcome the death of his father, although he talks to no one about what happened to him and is reluctant to confide in his girlfriend. Rather than question things, he defaults into proactive action against them. He also knows how to console his nephew after his near-death experience. Hal just cares about stopping the villains any way he can think of, rather than understanding them. He has no life plan and has had something of an erratic past, as Carol points out that every time he starts getting anywhere, he “walks away from it.” Because…

He’s afraid. Hal doesn’t know why the ring chose him, since he’s scared all the time and not afraid to admit it. Every time he feels scared, he runs. Quits whatever he’s doing and heads for the hills. Avoids commitment. Distracts himself with momentary pleasures. Carol says he’s been handed so much, it’s irresponsible of him not to do something great with it. He’s never had a committed relationship. Hal bends things around and sees them in an optimistic light. He even calls his colossal collateral damage after crashing a brand new airplane a “favor” to the company that built it, since he tested it really well and showed them they need to improve its flight capabilities. He’s full of excuses to rationalize away his irresponsible behavior, and a bit offended when people laugh if he asks them if he’s truly unreliable. In troubled times, he turns to his friends for advice, to the Lantern Council for protection, and tries to build bridges rather than tear them down. Though initially excited about being chosen, once he’s almost beaten in training combat and sees the dark force he must defeat, he wants to call it quits and head home. The story is about him overcoming his fears.